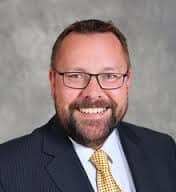 Nonie Adam was a Brazilian educator and philosopher, who specialize in creative thinking.

Well here it is at last! Original collectible card artwork, a game, a quiz, and more all rolled up into one user experience for your enjoyment. This has been too long coming, but what is it? This is part trivia/quiz game, and part collectible card game, or ccg game, and more. The artwork you see up there are all original compositions made with natural media. Most ccg game artwork is done digitally. The natural media is almost a dying art form in the computer game development community, but not here!

The artwork is often enhanced digitally though so as not to suffer too much by comparison (hopefully) to the digital graphics that most gamers are accustomed to and expect. I am trying to breathe new life into the original artwork collectible card market by creating dueling sketch cards; the player pits the cards against each other in battles using his wits. The engine that drives the adventure is the interactive quiz. The player defeats their opponents, usually non player character game minions, by answering the right questions and if they get the question wrong, they lose that particular conflict.

I began developing the project in nascent form since about 2010 or so. It was percolating in my gray matter while I learned the skills to make it happen and got a professional certificate in web programming and scripting. In the final months before 2015 I started to write crude game-docs on napkins and scraps of paper until I actually began to translate those scribbles into the actual website you see today. It has been much too long in coming but here at last is Quizgirls, my long awaited project combining my interests in comics, games, and creative writing.

Comics, that art form I’ve cherished since I was a boy; that wonderful medium of word and pictures is the narrative element I need to find a way to weave into this work, while the quiz and trivia element will provide the interaction. Calling it a game engine would just be flattering myself; its just HTML and CSS. But at least I created the entire site myself, without WordPress or any other content management system.

This project will still be developed into an app with more sophisticated game interaction, hopefully in the near future. Only then will I start to call it a game engine. Be on the lookout for digital comic gamebooks as well. Besides trivia games, another interesting dimension to this project are that it’s a collectible card game too. The player is introduced to the conflicts in the storyline that are resolved with quiz battles between the protagonist, Abbi Blumenthal, and her opponents.

On opposite sides of the quiz arena are miniatures playing card sized original works of art. While CCG games are nothing new, I believe this is the first instance of a true sketchcard interactive; a game made up of collectible original art cards, also known as sketch cards. My sketchcards have been collected throughout the United States and Canada, also in Europe and Australia. I hope that as I develop this fun project, that those kind souls who supported my work in the past will see the value of their collections increase.

Also Integral to this project is the development of apps; IOs apps, Android apps, Kindle apps, pdf digital gamebooks, and flash games. The possibilities are cause for real excitement and inspiration around here; something that has been sorely lacking for a great span. I hate to talk in terms of brand building and what not, but I am really hoping that the app portion of the development will bring a lot of interest to this website and my larger works projects. I’ve never been able to bring a truly creator-owned work to its full potential, though it has always been my fondest dream. It looks as though the time, at last, has come.